Jim surrendered to the ministry February 14, 1973. After being called to the Ministry Jim enrolled at Central Baptist College in Conway where he earned his Bachelor of Science Degree in Bible Studies.

The Lord has led him to only two churches in his ministry. Bro. Jim has served as the Pastor of North Hills Baptist Church since June, 1976. North Hills welcomed him and his family then and we proudly continue to follow him today. North Hills is a particularly loving church with deep roots in this community and in Jim’s heart. Pastor Jim has performed the wedding ceremonies for many within our fellowship, seen their children grow up, baptized them as they’ve come to know Christ as their Savior, and in many cases performed their wedding ceremony as they’ve chosen their life mates. He and his wife, Karen, have been married since November, 1968 and they have two grown married children – son, Chris, with wife Ashley and Daughter, Amie, with husband Alan. Jim and Karen have four grandchildren, Sophie, Caden, Sutton, and Presley. These four little people are a source of joy! Three dogs, Cookie, Punk’n and Gracie Lee complete the family tree.  Jim loves to play golf and spend time at his farm “Hooterville” just killing time and watching his martins fly around the barn.  His favorite movie: Stars in Their Crown with Joel McCrea.  Quote: “Sonny boy!” that means WOW!

Mark and his wife, Sara, have been members at North Hills since June of 2005. Mark has served as Education/Outreach pastor for several years. He received a Bachelors of Science in Church and Educational Ministries at Liberty University. He has two children, Cy with wife Jessica and Thomas. Mark and Sara have 6 grandchildren. He considers it his goal to support his pastor in every area of ministry to the people of North Hills Baptist Church, to serve the Lord faithfully, and follow the leading of the Holy Spirit. He has served 14 years in the Air Force and 13 years in the Air National Guard, recently retired.

Bro. Charles and his wife, Sue, have been members of North Hills Baptist Church since November of 2009, and was called as Church Ministries Pastor, August 17, 2011.  Bro. Charles has a Diploma of Theology from Southwestern Baptist Theological Seminary, Ft. Worth, Texas, 1977, and an Associates of Divinity, 1982.  For several years he stayed on at Southwestern Baptist Theological Seminary as the Manager of the HVAC Department, as a Licensed Mechanical Contractor for the Seminary, and as an Electrician for Myers Electric Company.  He has served as Bi-Vocational Pastor and Associate Pastor at several churches in Conway and North Little Rock, AR, since 1983.  In 2003 he retired from the State of Arkansas where he worked at the State Capitol Building under the Secretary of State as the Mechanical/Electrical Systems Manager.  Bro. Charles likes to fish, take photos and build his own computers.  His wife, Sue, is a fellow laborer in the Lord’s work.  Bro Charles and Sue have three children, a son, Ray, a daughter, Mechelle, and Nolvia, a daughter in the Lord, in Honduras, Central America.  They have 8 grandchildren and 8 great grandchildren. 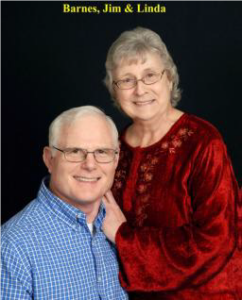 Jim and wife Linda have both faithfully served North Hills for many years. In 2019 Jim felt the call to come back to ministry in a formal role and eagerly accepted the position of Church Outreach Pastor. Jim and Linda work with our shut-ins, visit those who are sick and in the hospital, and make contact with visitors to ensure they enjoyed their experience at NHBC.

Michael has been involved with music a majority of his life. He was a member of the North Hills praise group before accepting the call from the church to become music ministry leader in September of 2011. A Gulf War veteran (formerly United States Air Force) Michael has been married to his wife Priscilla since 1996, and their blended family consists of three children and four grand-children. “God has shown in my life His story of redemption. He brought us to North Hills Church, and I’ve learned so much from my pastor and many of our loving members. I’m honored to be a part of the North Hills family”.

Nic and his wife Stacy have been married since 2008. They both were born and raised in a Christian home in South East Arkansas where they professed their faith in Jesus Christ and were baptized at a very early age.  They love kids of all ages but feel a calling in their life to work with our teens.  Nic and Stacy joined the church in 2015 with a vision to partner with families for the purpose of bringing youth into a life-changing relationship with Jesus Christ, helping them to grow their love for God and encouraging them to serve others.  You can find them supporting our students at school functions and coming up with new, crazy ideas to bring more students to our church to hear the gospel.  When they are not at the church they enjoy fishing, outdoor activities, sports and spending time with their friends and family. 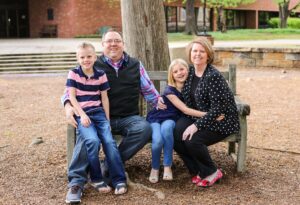 Ray & Kelly have been members of North Hills since November of 2014 and took over the role of C.M. Coordinators in January of 2020. Both Ray and Kelly have backgrounds in education and have been serving in our Children’s Ministry as volunteers and teachers since 2015. Prior to joining North Hills, they served at Calvary Church in Conway where they also worked with Children’s Ministry and the AWANNA program. Both Ray and Kelly have a love for children and a passion for education which benefits the children and families at North Hills tremendously. They have two Children, Piper & Carson and like to spend free time hiking, gardening, and going on adventures!

Jewell and her husband Justin have been members of North Hills since 2020. Jewell works in early childhood education and brings her passion & knowledge to the children of North Hills. Jewell serves a vital role in the NHBC Children’s Department helping to plan and organize all events, oversee the church Nursery and assisting the CM coordinators.

Linda has been a member of North Hills since August of 1973. She has served as secretary since September of 1987. She and her husband, Troy, have been married since 1969. They have two children, eight grandchildren and one great-grandson. In her spare time Linda enjoys hunting for treasures at antique malls and flea markets. Linda truly has a servants heart for the Lord and North Hills is extremely blessed to have her and her many talents to ensure that church operations run smoothly!